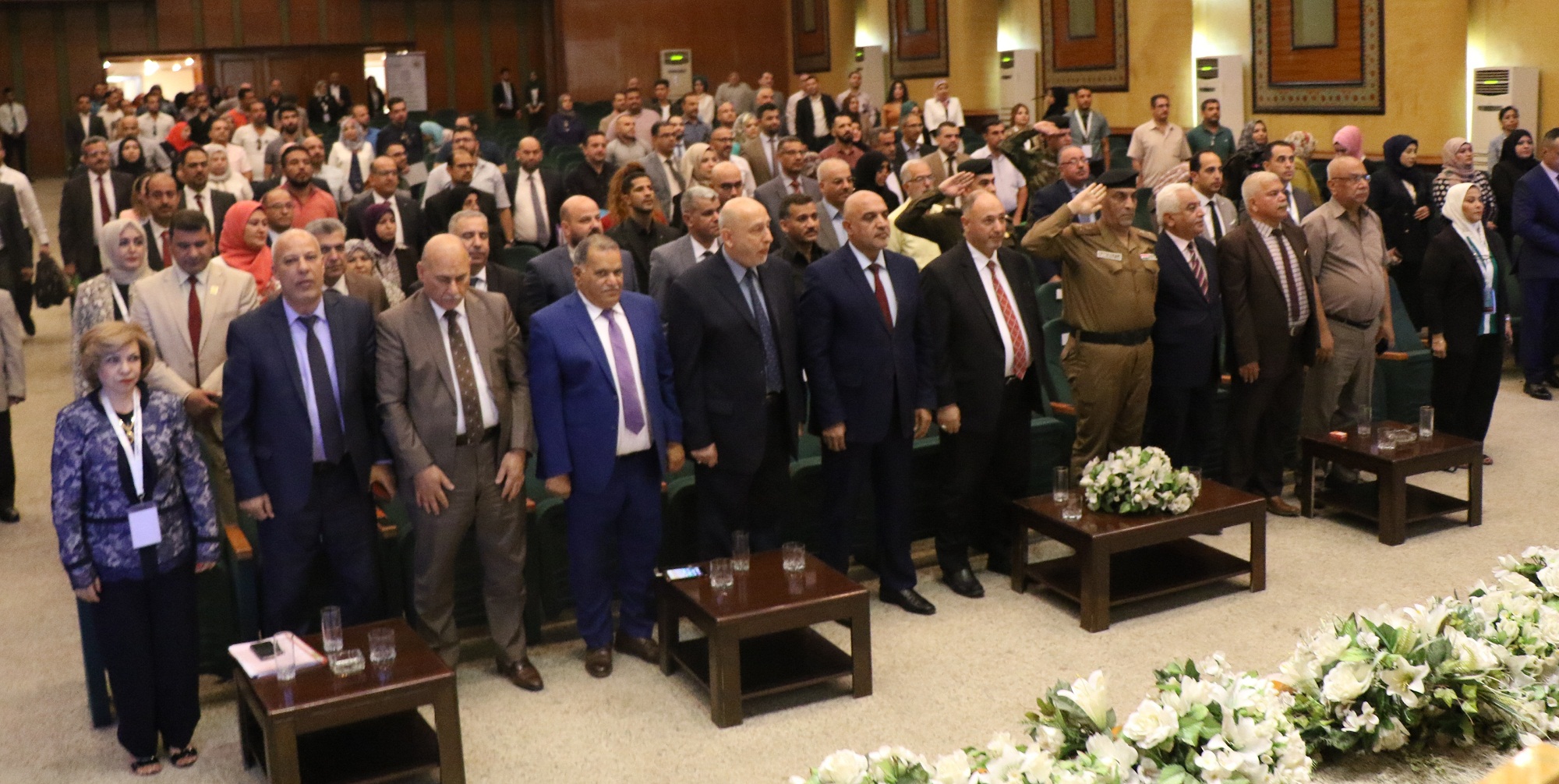 The University of Information Technology and Communications held its third scientific conference on modern trends in information technology and communications applications with the participation of  Springer publishing house in an official and international presence.

The conference started with playing the national anthem and the recitation of verses from the Holy Quran followed by a documentary about the university. The welcoming speech was delivered by the university president Dr. Abbas Mohsen al-Bakri, who focused on the importance of holding conferences of high scientific value in order to contribute to the development of our educational institutions in general and the university in particular.

Al-Bakri focused on the importance of the publishing and evaluation mechanism in the conference, which was subject to high standards in terms of quality in standards where the percentage of research accepted 24% and rejection rate 76%, thanks in advance to all the researchers who provided the conference with their scientific contributions.

For his part, the representative of the Minister of Higher Education and Scientific Research, Prof. Dr. Mohamed Attia Al-Sarraj asserted the importance of the participation of the German publishing house Springer. He also congratulated the researchers for the publication of their researches in the Thompson Reuter repository and thanked the university for this initiative and courageous step and courage to engage Iraqi researchers and researchers in order to market Iraqi scientific research and to enter ICI, which is the first classification in the world.

In his speech, Al-Sarraj continued that the major challenges faced by ministries to achieve the e-government program. It has been initiated by the Ministry of Higher Education and Scientific Research which has laid the foundation stone and with the help of the University of Information Technology and Communications. It has provided the ministry with the implementation of 24 applications for the administration of e-government in the ministry, Registration of graduate students for real access to e-learning.

The conference was then opened with a scientific lecture on smart cities presented by Prof. Muzaffar Aati (Ph.D.) from the University of Abu Dhabi in the United Arab Emirates,

And then began the scientific sessions of the Conference. There were two sessions on the first day of the conference. Each session included two types of research presentations and interventions from the attendees.