Closure of the Knowledge Forum at the University 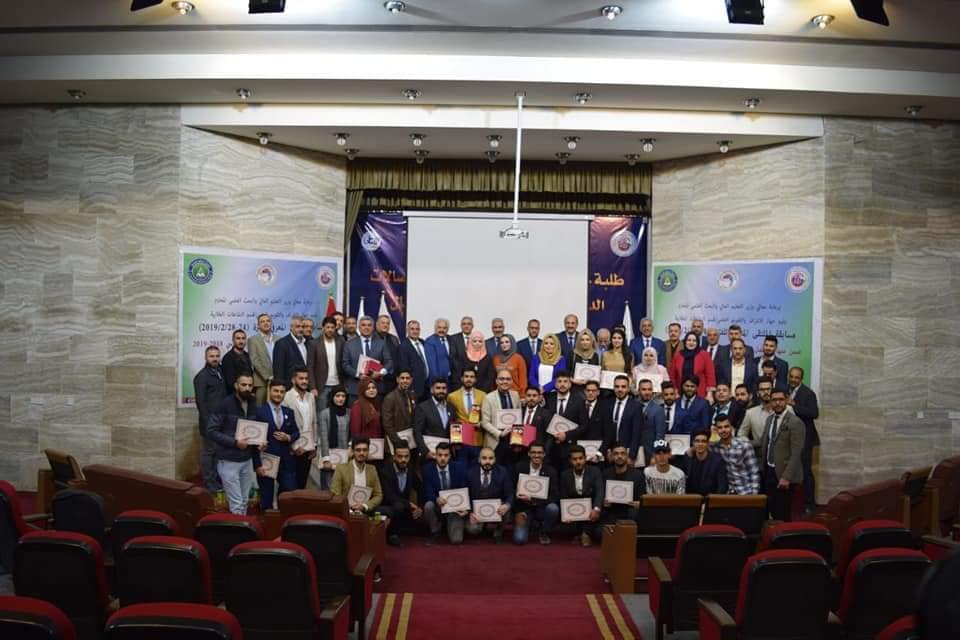 During the ceremony, a speech was given by the representative of Supervision and Scientific Education Office, who was thankful for the hosting and participation and valued the role of UoITC that hosted the event.

Dr. Abbas Al Jubouri, the University President’s Manager Assistant, thanked the participants, the winners and those who were not lucky this time, and valued the efforts given by Al Rashid University College and the preparation authority in UoITC.

Dr. Younis Abbas Hussein, Head of the Ministerial Cultural Committee, also praised arbitration and organizing committees along with all heads of delegations, and presented the winners with winning shields and honor certificates.