The President of the University is discussing with the delegation of the Office of the Prime Minister / Follow-up Cell the implementation of the governmental program. 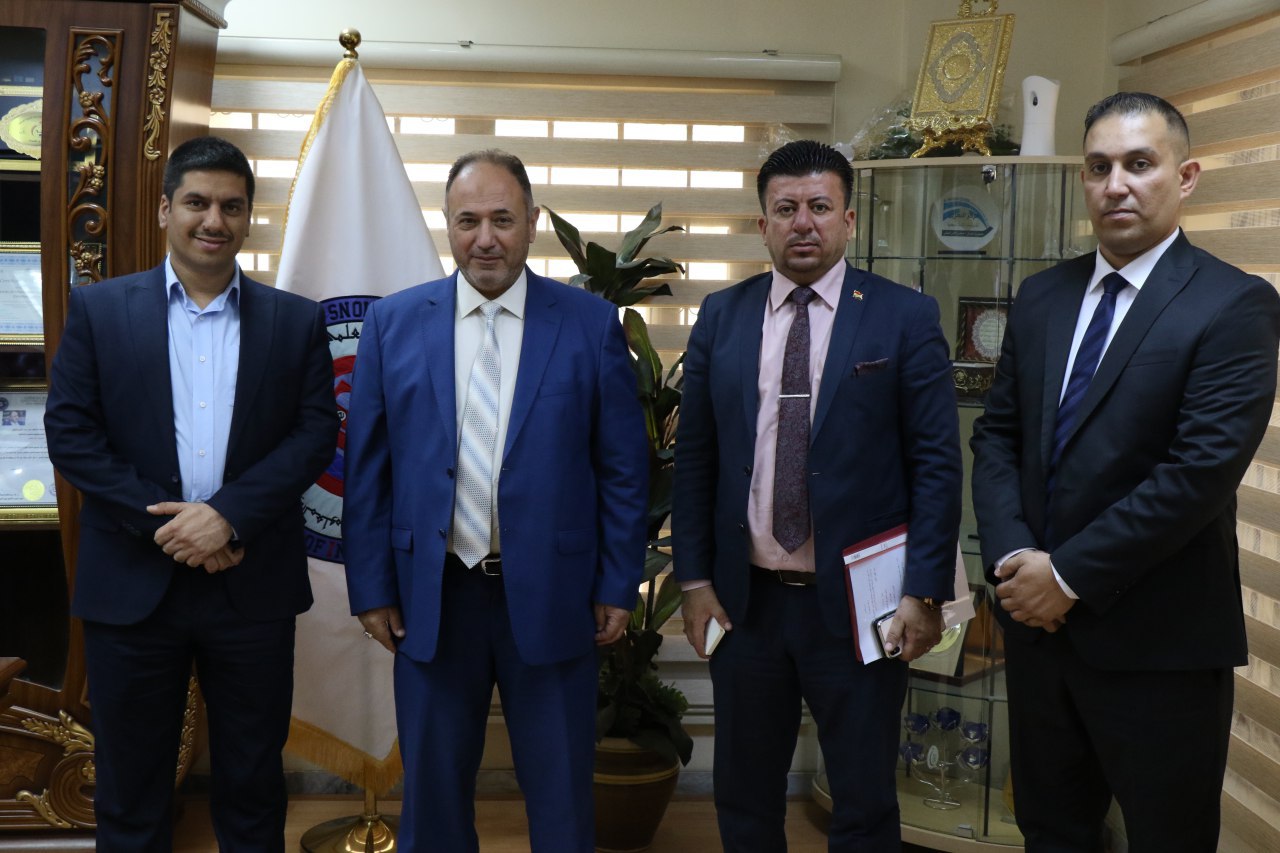 The President of the University of Information Technology and Communications, Head of the Public Policy and Legal Framework Team at the E-Government Committee, discussed with the delegation of the Prime Minister's office/follow-up cell, the e-government project the implementation of the government program.

The delegation of the Prime Minister's office/follow-up cell consisting of Dr. Hassan Hadi, Eng. Ghassan Al-Kanani and Eng. Ahmed Jahadi presented the e-government program which includes the digital seal for authentication and instant authentication. This program, after its implementation, contributes to the retrieval and preservation of data and information in confidential and secure ways, as well as the electronic archiving of documents, documents and communications between the University and other bodies.

The meeting included discussing the mechanism of the national project of e-government, which is managed by a national committee in the General Secretariat of the Council of Ministers and the laws from which the national achievement was initiated.

It was agreed to hold a workshop to start the implementation of the above program and then install it and train related staff.

This program will be implemented in international countries, which will save time, effort and ease of access to the data and information required in addition to dispensing paperwork, which is the University of Information Technology and Communications through the formation of work committees and the establishment of workshops and seminars.