The College of Engineering, represented by its Department of Media Technology Engineering, participated in the Iraqi Scientific Forum for Digital Media Education held by the Iraqi Public Relations Association.
The lecturer at the College of Engineering, Dr. Saad Ahmed, gave a brief lecture during his participation in the forum in its first session, which came entitled (The future of digital media education and the challenges it faces), where he referred to the importance of the role of media technology in media education, as well as the role and curricula of the Department of Media Technology in the College of Engineering which is considered as the first department of its kind in Iraqi universities.
The forum, in which more than 30 Iraqi universities and institutions participated, dealt with the study of aspects of digital media education in light of the control of social networks over media content and the need to adopt modern technologies in analyzing these networks through data mining and artificial intelligence algorithms in order to reach solid rules that can be relied upon in the field of digital media education. 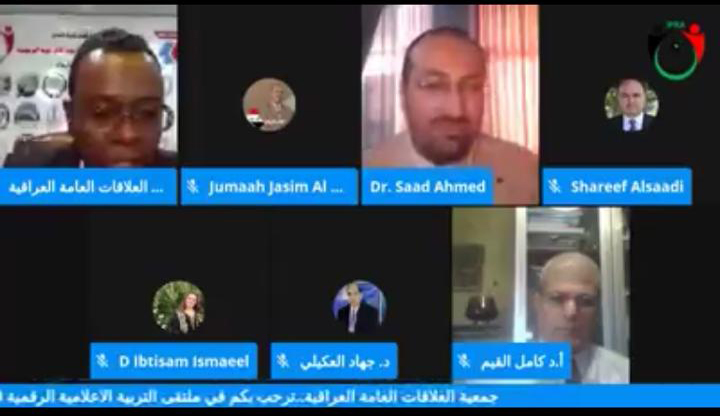