The Training, Development, and International Support Team Meets the UNDP and The Estonian Team of E-Government

The Training, Development and International Support Team headed by Professor Abbas Al Bakry The chancellor of UoITC has met yesterday, the Tuesday UNDP and Estonian team Supporting E-Government. This meeting is one of series of meetings between the two parties to make detailed plans for the Iraqi government organizations in cooperation with the UNDP supporting team. The meeting started with an opening welcome speech of both parties. After that, Professor Al Bakry presented the proposed plan and what concerns the first phase of the project and its timetable to make it fruitful for Iraq. The Estonian Team leader presented the maturity assessment parameters and the Estonian support for Iraqi executive ministries especially the Ministry of Communications. The parties also discussed the promotion of the International role to support the Iraqi project of E-Government. The meeting is held using the ZOOM virtual meetings platform and attended by in addition to the Iraqi team the representatives of UNDP and Lebanon, the leaders of the intelligent government program, the team of technologies program, and their Estonian peers. 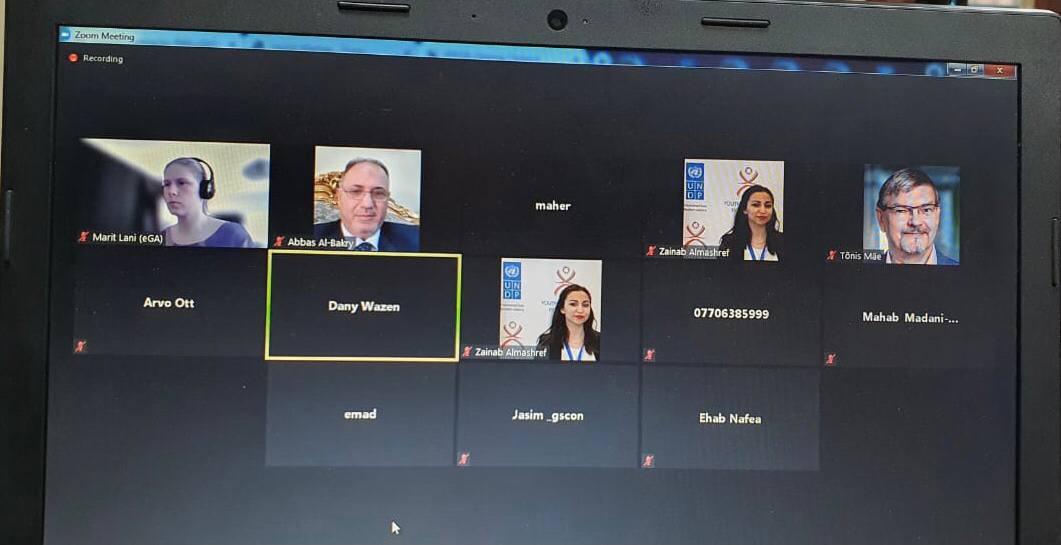