UOITC Organizes Interactive Symposium on the Empowerment of Women in Society

The Women's Empowerment Unit of the University of Information and Communication Technology organized an interactive symposium entitled Humanitarian Principles and Women's Empowerment in Society, as part of the 16-day campaign on violence against women. In a speech at the symposium, Professor Abbas Mohsen Al-Bakri emphasized the role of women in building society, for their ability to lead senior positions in various scientific, academic and political fields.Iraqi women had proved to be competent and had made significant achievements.

For his part, the University President's Assistant  for Scientific Affairs, Prof. Dr. Luay Edward George) said that there must be community awareness of the role of women, that women must develop their skills to be able to set their goals, and that they must participate in urban community institutions.

Dr. Asma Abdalhassein Mahdi, Officer of the Women's Empowerment Unit of the University lectured on women's rights in society and domestic and international laws that support and protect women from societal violence

The symposium included a number of student actors and participants who emphasized that women had a significant role to play in Iraqi society and needed sustained support and faith in their capacities. 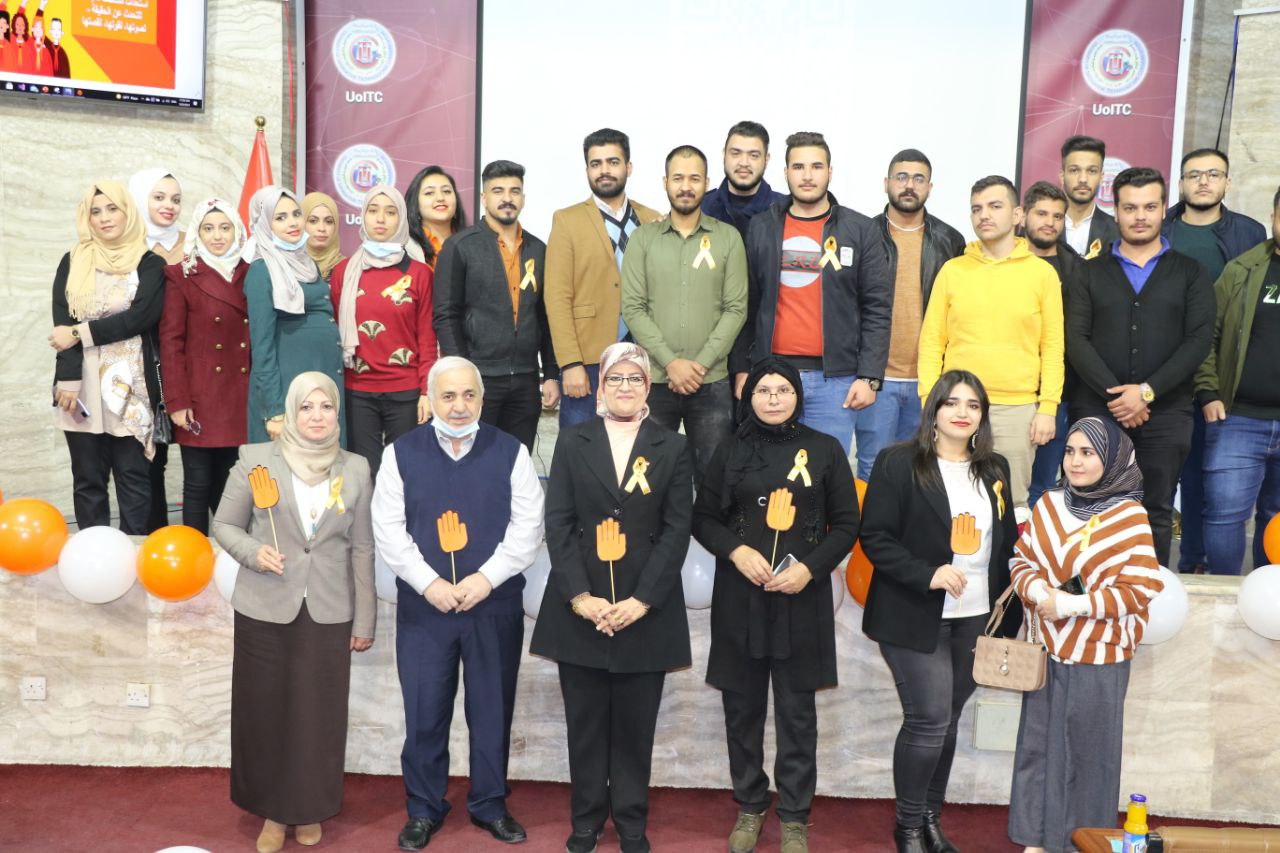