The University celebrates the Day of Dhad

On the International Day of the Arabic Language .. The University celebrates the Day of Dhad

The University of Information Technology and Communications celebrated the Arabic Language Day, which falls on the eighteenth day of the month of December of each year, which is the International Day on the occasion of its adoption as one of the official languages ​​of work at the United Nations in 1973.

The university held a seminar on this occasion, delivered by an instructor from the Center for Continuing Education (Noor Ismail), in which she discussed information about the origin of the Arabic language, which is distinguished by its splendor, ease and beauty, and it is one of the six official languages ​​of the United Nations and one of the most widely spread languages ​​in the world, and its speakers are distributed in the Arab world.  It has 13 different dialects, spoken by more than 422 million people, and its word count is 12.3 million,It consists of twenty-eight letters, on top of which is the letter "Dhad", which is unparalleled in the other languages

Arabic is very important, as it is a sacred language (the language of the Qur’an), and prayer is not performed in Islam without it, as well as its adoption in many Eastern Christian churches, and many books of the Christian religion have been written in it. At the end of the seminar , common errors in administrative books were addressed.  and how to treat it. 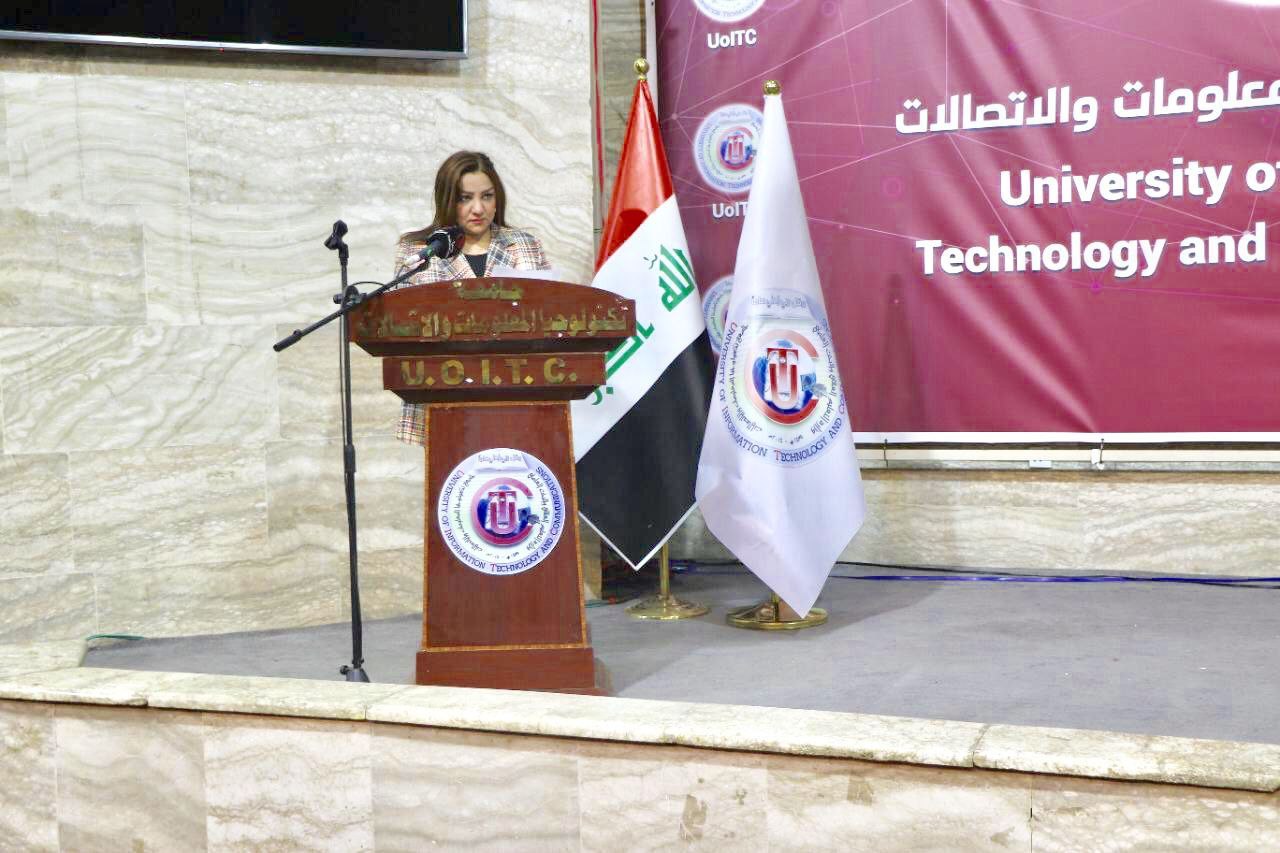