The Faculty of Engineering at the University of Information Technology and Communications , sponsored by Zen Communications and in collaboration with the Iraqi team, held the Iraqi Women Engineers Festival.. Code for Creativity) "Zaha Hadid Cycle" in the presence of Dr. Abbas Al Bakri., the university president, and the deans of the University

The festival included a number of speeches on this occasion. The President of the University spoke about the status of women, honoring them and standing next to men in all spheres of life.

A statement by a representative of Zain Iraq Communications and a speech by the Dean of the Faculty of Engineering, Professor Muaed Abdelreza, followed by a speech by the Chairman of the team (Iraqia was  here).

The festival included an exhibition of the biographies of the female participants, the playing and singing of the national anthem, a short film about the life of the late architecture icon Zaha Hadid in Iraq and one about her life.

An autobiographical film and creative activities were played in all forums, and national and heritage music pieces were played.

The film "Iraqi Women Here" was then shown featuring their autobiographies, their activities, and the "Path to Success" segment, which hosts some creative women engineers to talk about their experiences in reaching these ranks.

At the end of the festival, the rector distributed certificates and honorary gifts to a group of creative women engineers 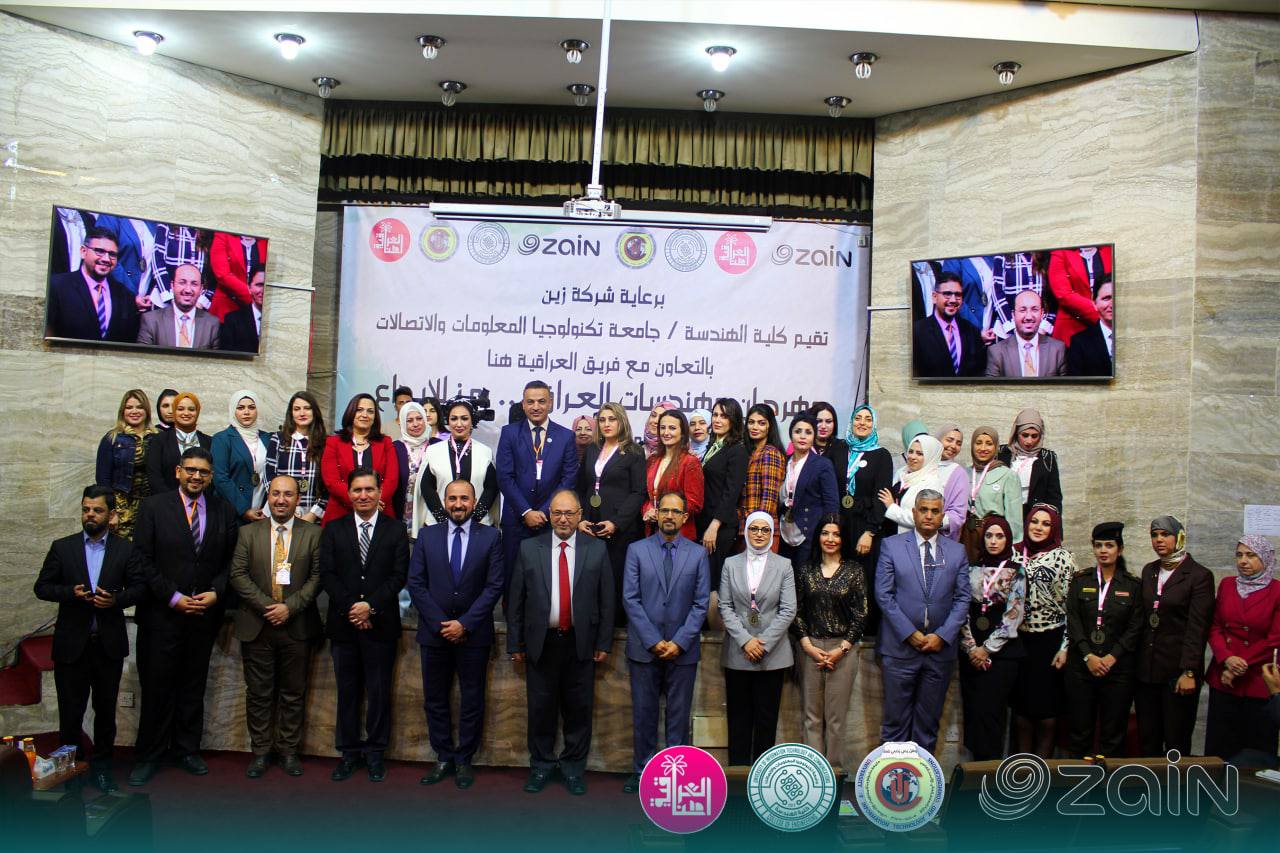