The projects of the Biomedical Informatics College students at the IT.live forum are among the best participating projects

The projects of the students of the Department of Intelligent Medical Systems at the Biomedical Informatics College were selected among the top ten participating projects in the IT.live e-applications forum.

The department’s participation in voluntary work varied to prepare for this scientific forum by professors and students, as well as some of the students’ projects in the medical-technical field from the second and third phases were also participated.

Three out of five projects were nominated to be among the top ten projects nominated from the total participating projects, the three projects that won among the ten were by the scientific committee sponsoring this event, and the "Normal and abnormal kidney classification" project was one of these three projects, and it was for the student Kadhum Mohsen and the student Redhab Othman, and they were honored by the Asia Cell Company, in addition to the honoring of the student Kadhum Mohsen for his participation in the volunteer work to prepare for this forum, and also the student Muhammad Issa was supported to improve his project "Real time face recognition".

The forum, which was organized under the auspices of Asiacell, aims to keep pace with and share the latest technologies and software in the field of information technology and communications. 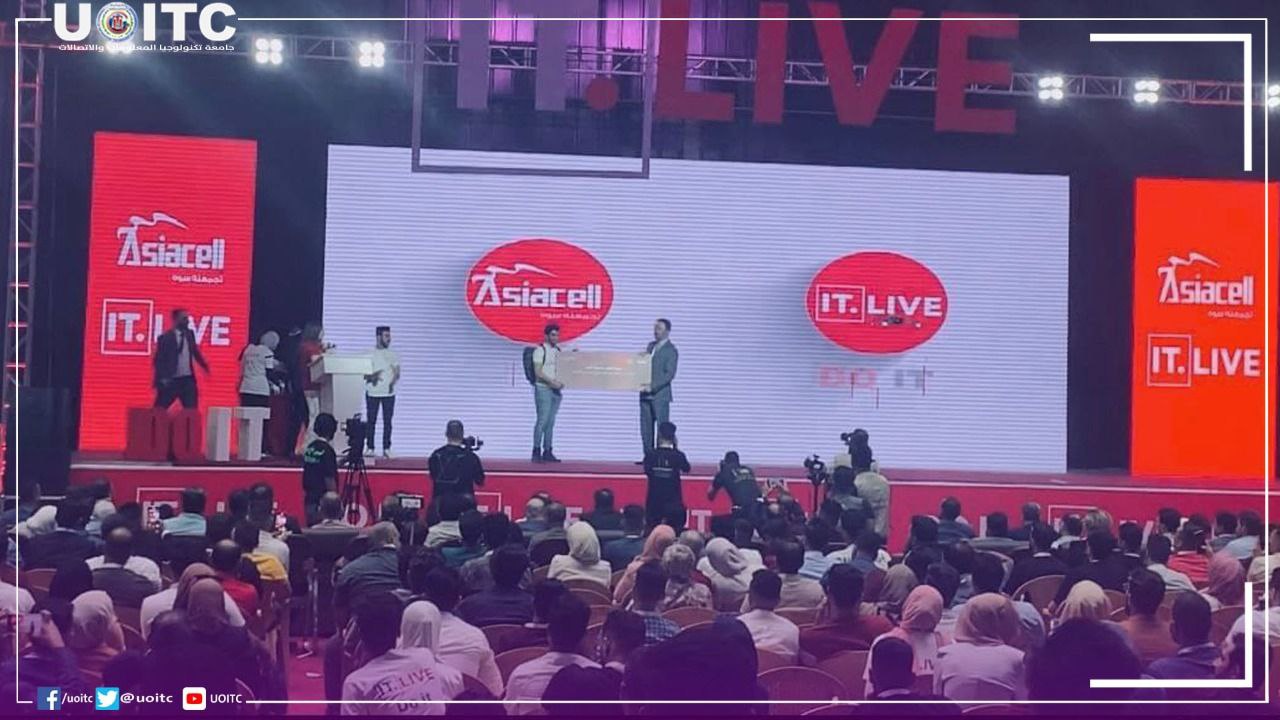