The Google Developer Students Club for the University, the most prominent in the Middle East and North Africa

The official and documented accounts of Twitter, LinkedIn and Instagram of Google Developers published for the first time about Iraq and the Arab world about the achievement presented by the student at the Business Informatics College "Ghaith Ahmed" and his team, the Google Developers Students Club Team, for the University of Information Technology and Communications.

The publication came after the club’s impact on the developers community in Iraq, in addition to their record-breaking achievement of providing more than 60 different and influential events during the past year, being the first club in Iraq and among the most active in the Middle East and North Africa, and among the highest ranking of the most influential clubs around the world. 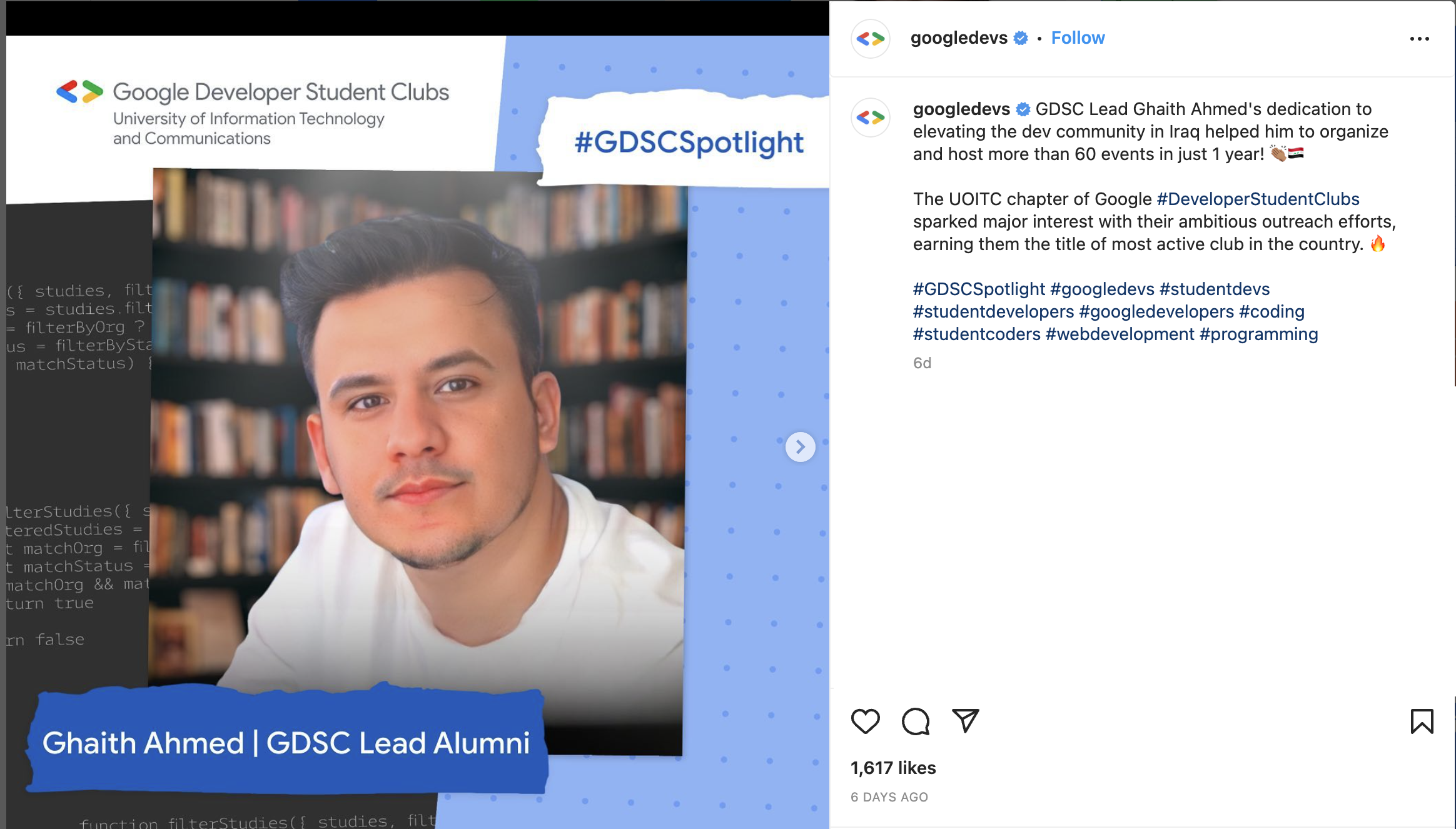