During his opening speech, the Chairman of the Preparatory Committee for the Conference and the President of the University, Prof. Abbas Mohsen Al-Bakri, said: “Today the world is facing many challenges, and we must address the sustainability agenda to deliver improvements in efficiency and resource productivity together with the public and private sectors, non-governmental organizations and intergovernmental organizations.  And that there is a responsibility on the shoulders of scientists and engineers to build a better life for society by applying knowledge to transform resources into products and services.

He added, "There are 67 local and international papers that were reviewed by the committees with at least three specialized reviewers, and after the review, 15 complete papers were accepted, so that the acceptance rate reached about 25% of the submission papers, and the accepted papers were distributed on three axes: methodologies  Computer, Networking, and Applied Computing".

For his part, the representative of the Minister of Higher Education and Scientific Research, Professor Haider Makiya, said in his speech during the opening of the conference: "Information and communication technology has received a lot of attention from researchers because of its impact on society, and we hope that this conference will present such applications that are in the interest of society."

Dr. Makiya recalled the role of the martyr leaders, and their role in defending the homeland and defending its sanctities, and he mentioned that there is an urgent need to manufacture a specific technology in order to ward off danger from the mujahideen on the battlefield, and as a result of that, a workshop was held with the participation of experts in this field, and a device was manufactured with software specifications  All hostile drones were removed, so this was a scientific fruit recorded for information technology applications.

A number of official speakers from various universities of the world, such as the University of Liverpool and Boston University, participated in the conference, which was held over two days. It also included about fifteen scientific papers from Iraq and various countries. It is noteworthy that all the participating researches were published in the periodic volume titled Communications in Computer.  and Information Science (CCIS) and the research that will be published will be in the following indexes: ISI, Scopus, Google Scholar, DPLB. 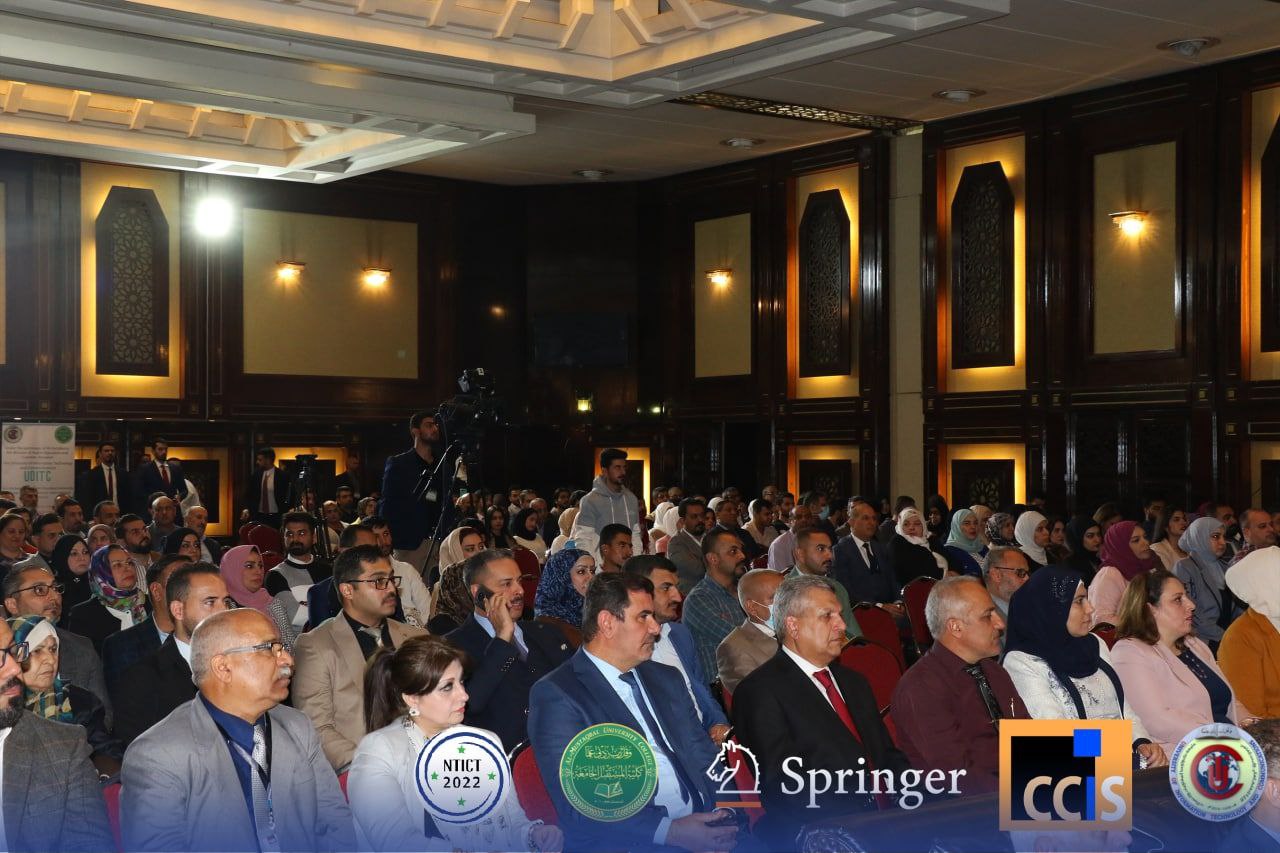